Originally Maker is an Etherum-based DAO platform, aimed to provide credit checks free cryptocurrency lendings. Maker was launched in 2017, and since then has been integrated into more than 4,000 apps and services.

The Maker project, as a matter of fact, was one of the first projects based on the Ethereum blockchain, and up to this day, it is still one of the most popular platforms within the Ethereum ecosystem. It has also been a pioneer in the crypto-lending market, as well as in the DAO market. Today, Maker is implemented through the usage of smart contracts, which helps to govern the system transparently.

There are two tokens that operate on the platform: Maker (MKR) - the main token, which is used for governance on the platform; and DAI - a USD-pegged stablecoin. MKR is the token that opens up users to voting and sharing opportunities on the platform.

The team behind the Maker says that their highest priority is to keep Maker safe, private, and secure. They have been, as they say, putting a lot of effort into this mission. Besides, they aim to reach full decentralization and wider adoption on the market. This information is shared on the website.

Maker has been lately in the public eye gaining a lot of attention. 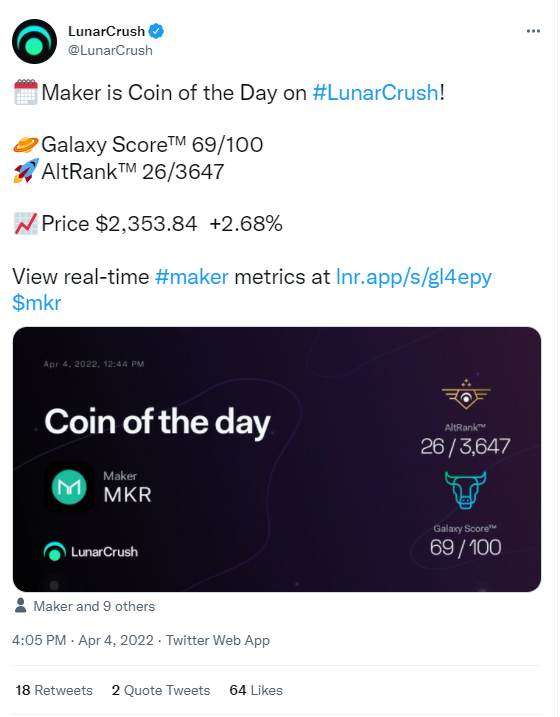 Also people express their positive opinions on the project and the whole ecosystem in general. 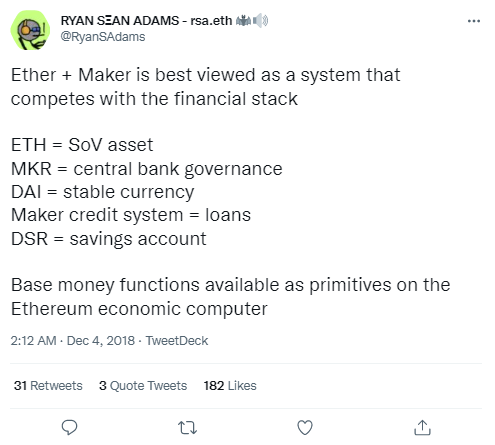 ﻿﻿
Next, WalletInvestor experts predict that MKR will average $2436 in January, and $2505 average in December.
﻿﻿
Also there is DigitalCoinPrice website that provides the prediction of MKR price being a bit higher: $2000 - $3000 around the year.

Experts of the TradingBeasts service have analyzed the price of the MKR coin and predict that in 2025 the minimum price will be $3,173 and maximum price may be $3,801.

DigitalCoinPrice experts suggest that in 2030 the average price of a MKR token will be $9,235 both at the beginning and the end of the year.

After that, MKR, the same as the whole crypto market then, went into correction and was traded on the exchanges for about $350. It lasted for about 2 years, and throughout 2018 and 2019 the price was fluctuating between $350 and $650.

2020 started positively and pushed the MKR price to the static ~$630 in the first quarter. Then COVID-19 embraced the world and crypto market too, so the price decreased to $275.

However, since the beginning of 2021 the MKR price began to grow. It was traded for around $500 in the beginning, and then was reaching its ATH for almost day to day. Thus the price surged to $6,339 in May, which is MKR’s ATM up to this day. The token then fell in the middle of the year, due to the Chinese market crash, just to soar back to $3000 - the price which is average for the token since then (as for spring 2022).

The price of MKR is influenced by the protocol developments, adoption projects and Ethreum’s development. Taking into account how much of an advanced system Ethereum is, we hope that in the future MKR will develop and grow as well.

What REQ price is expected

Learn more about the UNFI price

What VET price is expected this year

What REQ price is expected

Learn more about the UNFI price

What VET price is expected this year