Polkadot is a network protocol that allows random data to be transferred across the blockchain. It is a true multi-chain application environment where cross-chain registries and cross-chain computation have the conditions for existence. The project can transfer this data through public, open, permissionless blockchains as well as private, authorized blockchains. Polkadot has its own cryptocurrency - DOT. Polkadot is the flagship project of the Web3 Foundation (swiss foundation with the big aim to create a fully functional and user-friendly decentralized network).

Polkadot is built to connect private blockchains and consortium, public and independent networks, oracles and future technologies. Polkadot provides an Internet where independent blockchains can exchange information and transactions through the Polkadot relay chain. The project may seem quite promising but let’s look at DOT in detail.

According to the information from CoinMarketCap:

The Polkadot story begins with the Ethereum project, more precisely, with one of the co-founders of Ethereum, Dr. Gavin Wood - he wrote the code for the first working version of Ethereum. In January 2016 he left the position of CTO and Ethereum main developer and started developing a new cryptocurrency. The first sketch of the Polkadot White Paper was completed by the end of 2016. Let’s look at the Polkadot RoadMap from the beginning (data from Messari): 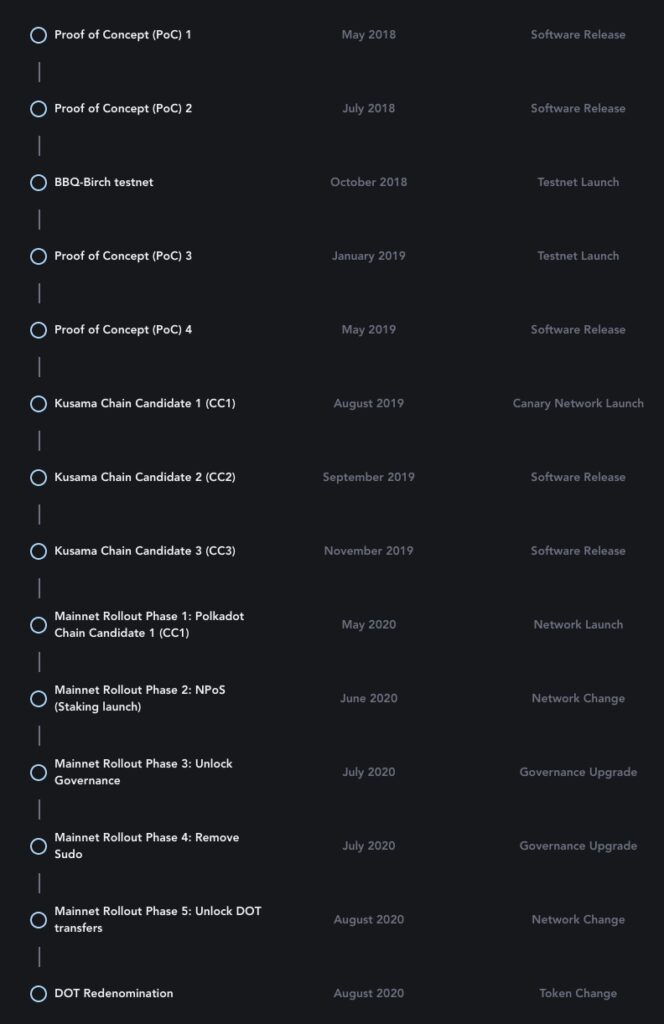 Current phase of Polkadot is Parachain Rollout  (as of 13/02/2021), and now the team is working on Future Upgrades such as XCMP (Cross-Chain Message Passing). What was before it when the project only appeared? See below (from Polkadot):

If Polkadot's roadmap could be summed up in one word, the word would be “cautious”. The Web3 Foundation spends a lot of time making sure everything is done correctly.

Crypto experts and celebrities about DOT

After conversion, people were talking about “old” and “new” DOT. Existing 10 million DOT have been multiplied by 100. This was done primarily to make it easier to calculate the cost of transactions. This change took place on August 21, 2020. 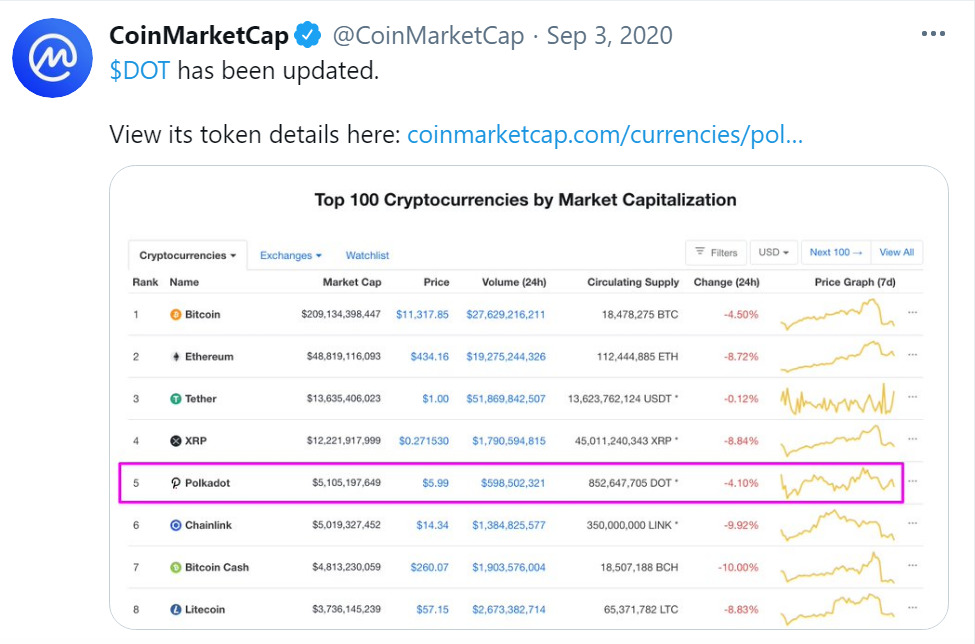 The sharp increase in DOT figures has raised active discussions. The net users suggested that the data might be artificial:

Many users wondered how new DOT which was not even two weeks old, could be in the top 5 cryptos. But crypto community members drew attention to the fact that Polkadot itself, and its original cryptocurrency, were much older: 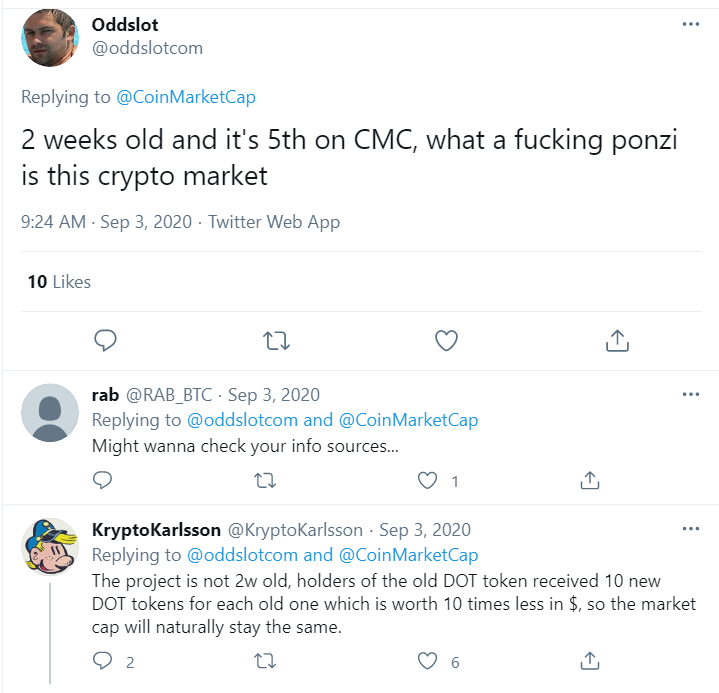 The release of the update also preceded the DOT reaching a high position in the capitalization rating. 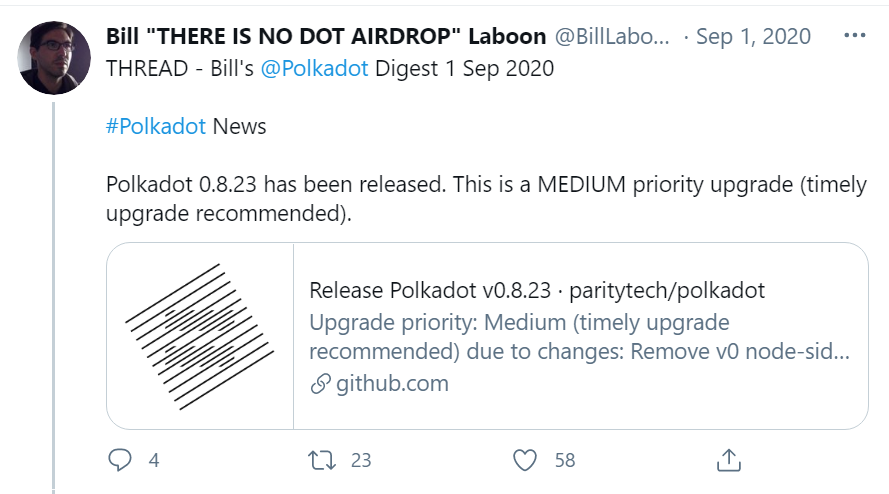 Once in an interview it was said by Dan Morehead (CEO of Pantera Capital): “If I have to pick one, I will actually pick Polkadot. It is about 10% of the value of Ethereum. It has more than 10% chance that it is a very viable competitor.”

According to experts at DigitalCoinPrice, Polkadot is a profitable investment that will increase in price in the future. They expect it to rise to $20 in February 2025. Despite the positive forecast, by December the rate will be adjusted to $16.45.WalletInvestor analysts suggest that the value of the DOT cryptocurrency may continue to decline. In their opinion, at the beginning of 2025 the price will be $0.297. At the end of the year, the rate will rise slightly to $0.469.Long-term cryptocurrency predictions are rarely reliable because they cannot take into many factors. Polkadot has existed for not a long time for now, and more historical data is required to analyze its rate. 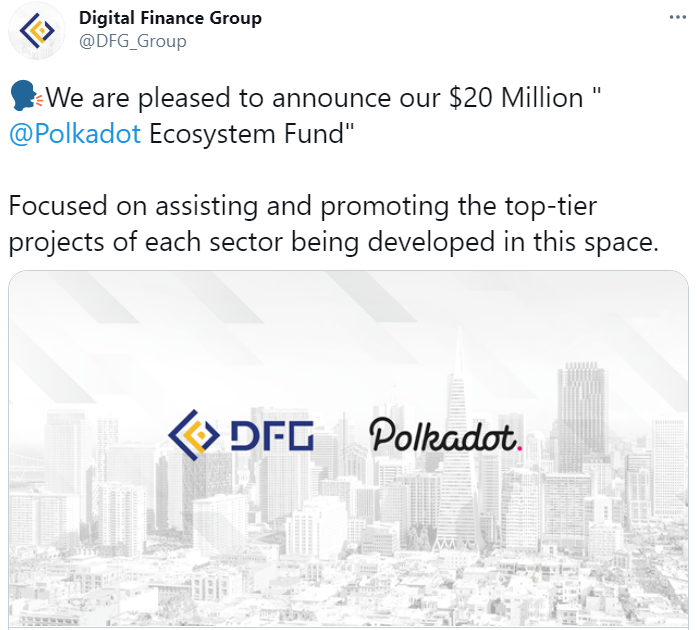 In January DOT set a record, rising more than 15% in the 24 hours. Having increased its market value to over $13 billion, DOT surpassed XRP in the list of the most valuable cryptocurrencies and climbed to 4th place on CoinMarketCup.

More than $90 million raised during the ICO were frozen forever due to a vulnerability in the code of the Polkadot multisignature wallet. A week after the attack, the Polkadot team announced that they had sufficient funds to develop the project, and continued to work, despite the loss of a huge amount. Despite efforts to recover funds, more than 500,000 ETH are still in a locked state. 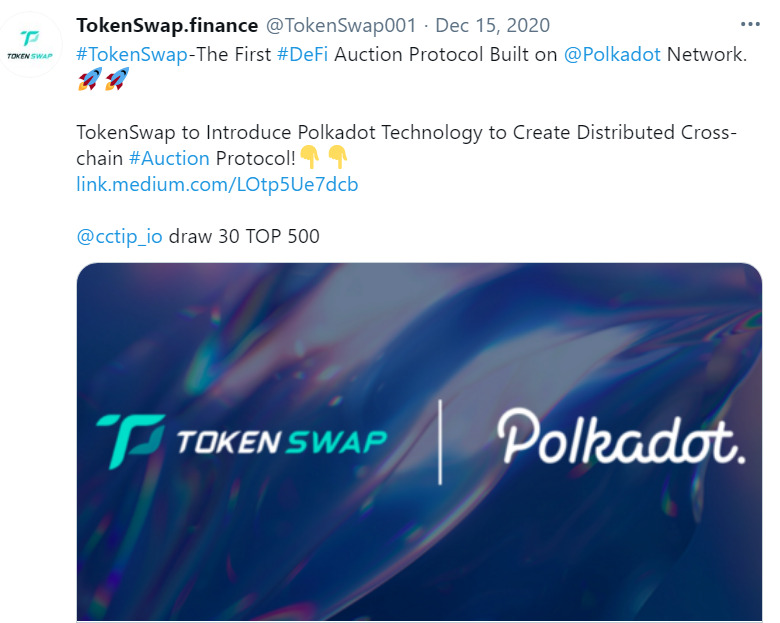 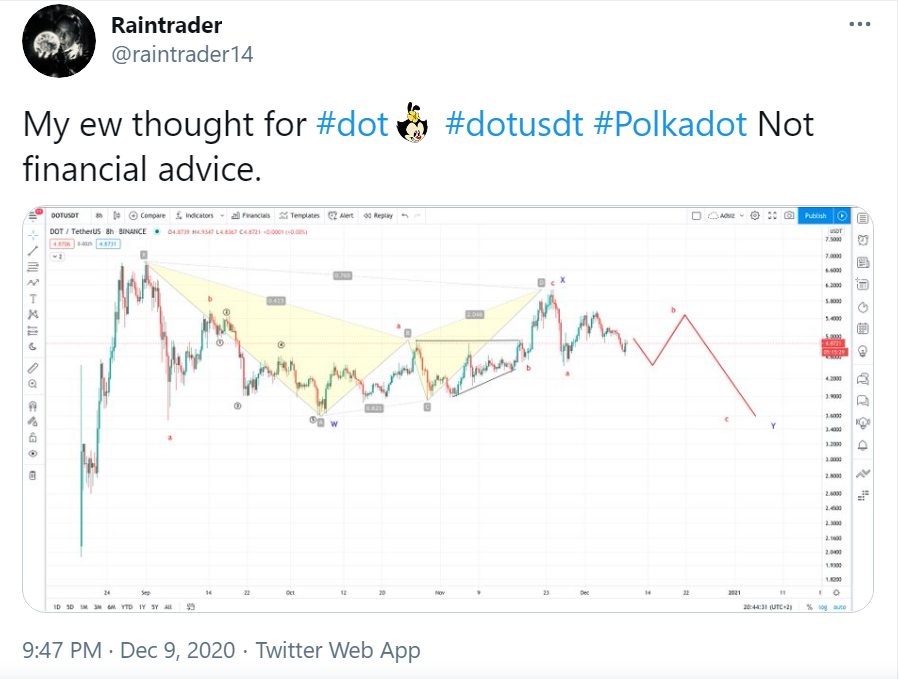 The Polkadot project hasn't drawn much attention for over three years since its development began, but then it rocked the crypto space with the official release of its "completed" mainnet. In less than 2 weeks, the Polkadot token climbed into the top ten cryptocurrencies by market capitalization. While its founder insists that Polkadot is not a competitor for Ethereum, some people believe that a closer look at Polkadot suggests that it is not only a serious competitor to Ethereum, but also a cryptocurrency that could change the Crypto World forever.

Find different opinions about the future of the ALGO price

Different opinions about the future of the AXS price

Find different opinions about the future of the ALGO price

Different opinions about the future of the AXS price