Orchid Labs is an open source decentralized network. It was created to give users a chance to get rid of surveillance and censorship on the Internet. As an alternative to Tor, Orchid provides customers with more inclusive, liberal internet access. The Orchid app is designed for users as a VPN service for mobile phones or computers.

Orchid's solution motivates people to share their bandwidth with other network members. At the same time, it is very difficult to figure out a particular user of the website.The OXT cryptocurrency is used to pay for VPN services. It is an ERC-20 standard token based on Ethereum.

The main purpose of the project is to provide the user with privacy, bandwidth and security in one currency. And since all transactions are carried out in the nano-payments category, the platform provides low fees and an easy development process.

Orchid may seem like a promising development, so let's take a closer look at OXT.

According to data on CoinMarketCap:

The history of the Orchid protocol dates back to 2017. It was created by Orchid Labs in San Francisco. The first incentivized privacy peer-to-peer network was launched in December 2019. Since launching Orchid in 2019, the network has made tremendous strides. It became faster, easier to use, and many partners were added to it. And currently, Orchid Labs continues to develop and contribute to this protocol.

Unfortunately, there is no project roadmap on the official Orchid website. But here are a few key points in its development.

We can say that these days the Orchid project continues to develop successfully.

Here is what crypto enthusiasts are tweeting about the OXT token, discussing its possible growth in value in the near future. Many of them make rather optimistic forecasts, referring to the charts. 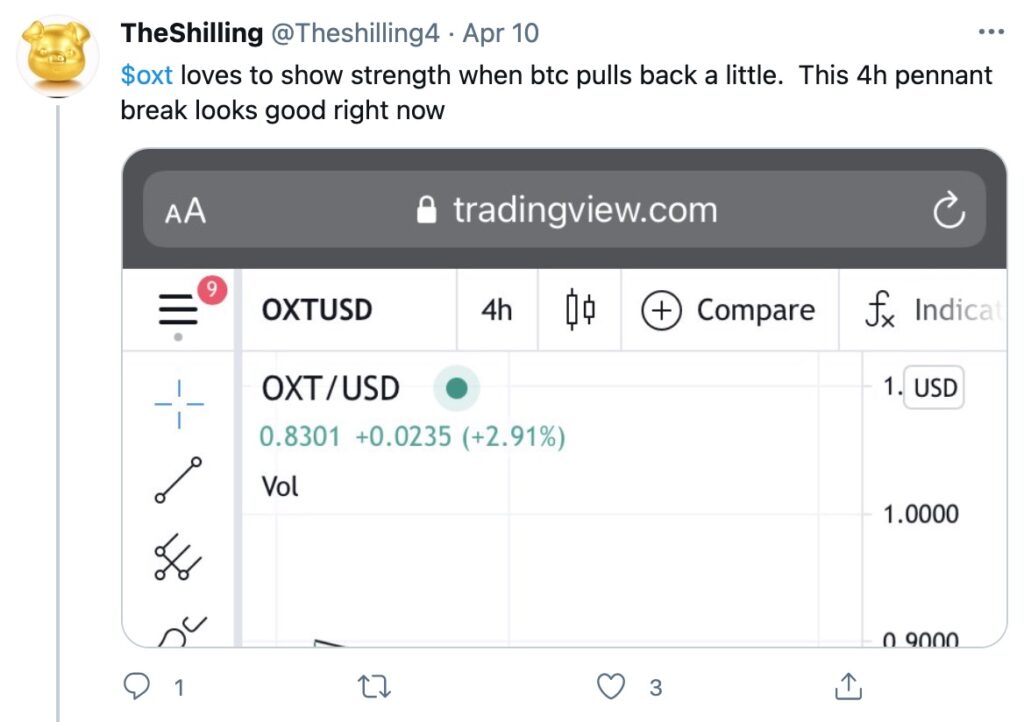 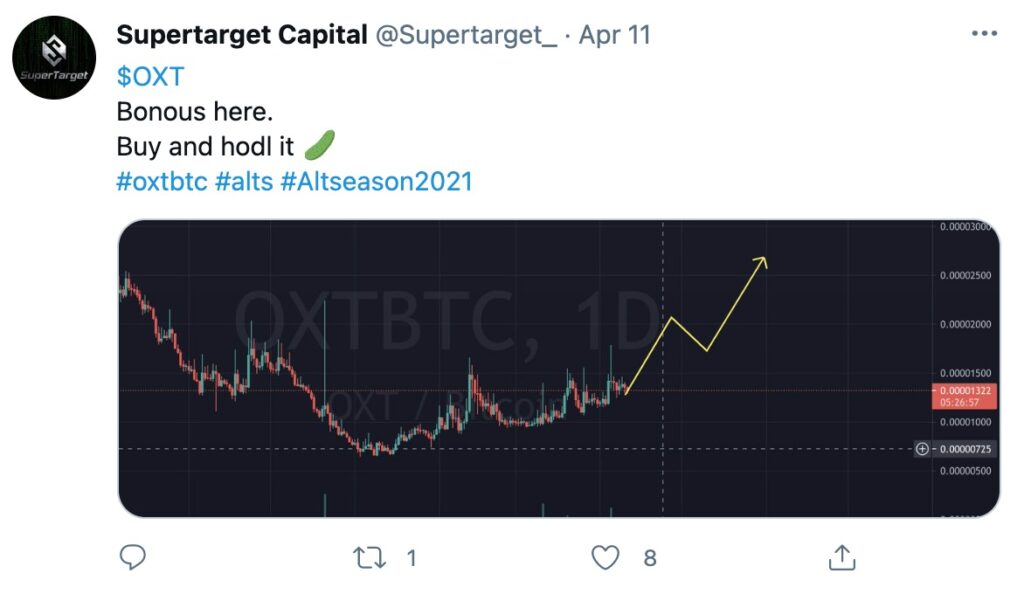 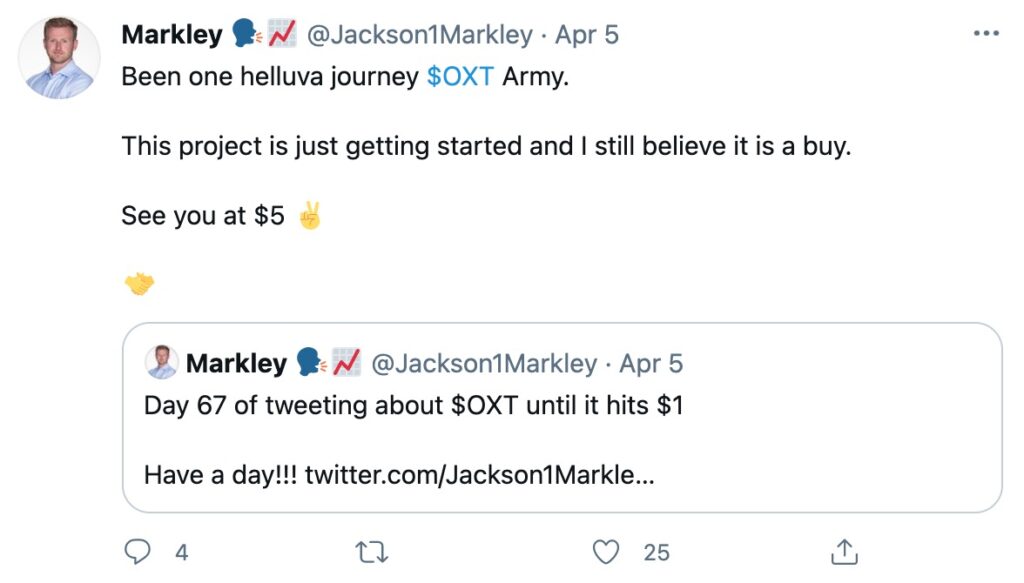 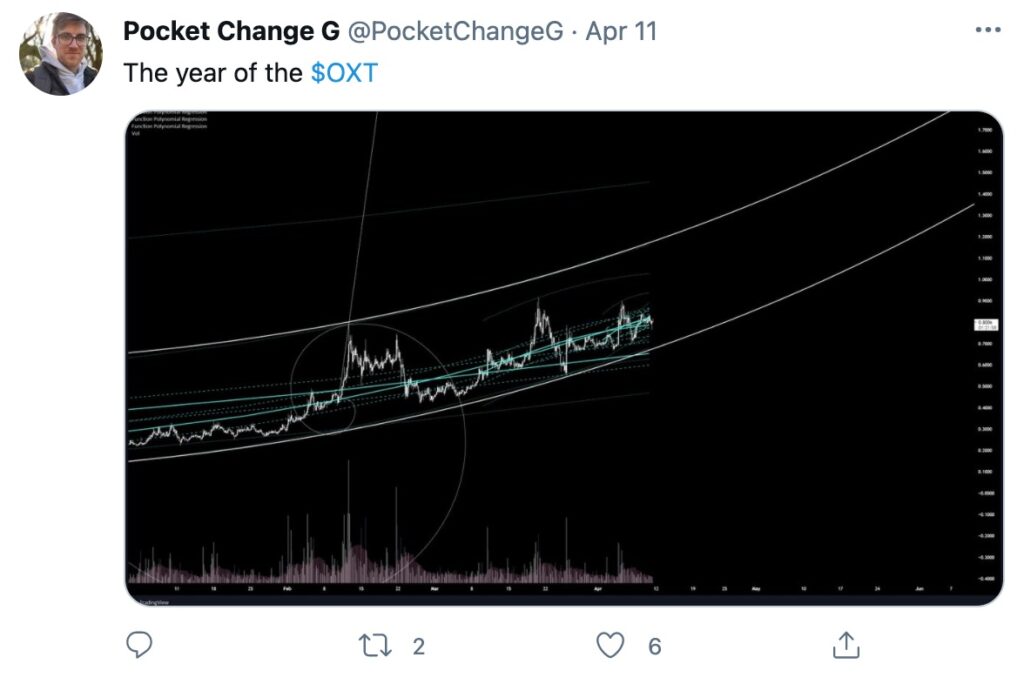 Some of the crypto traders are confident that the OXT cryptocurrency is one of the best altcoins to invest in.

But there are people who were worried about a certain drop in the value of the token.

Fortunately, this excitement evaporated when the OXT currency started to perform well on the charts again.Mainly, the users see good potential in the development of this cryptocurrency.

Dave Portnoy, who is an American internet celebrity, blogger and founder of the sports and pop culture blog Barstool Sports, has tweeted a livestream where he announces that he has started investing in the OXT cryptocurrency and commented pump-and-dumps alluded to the lack of regulatory enforcement across the industry by the SEC. 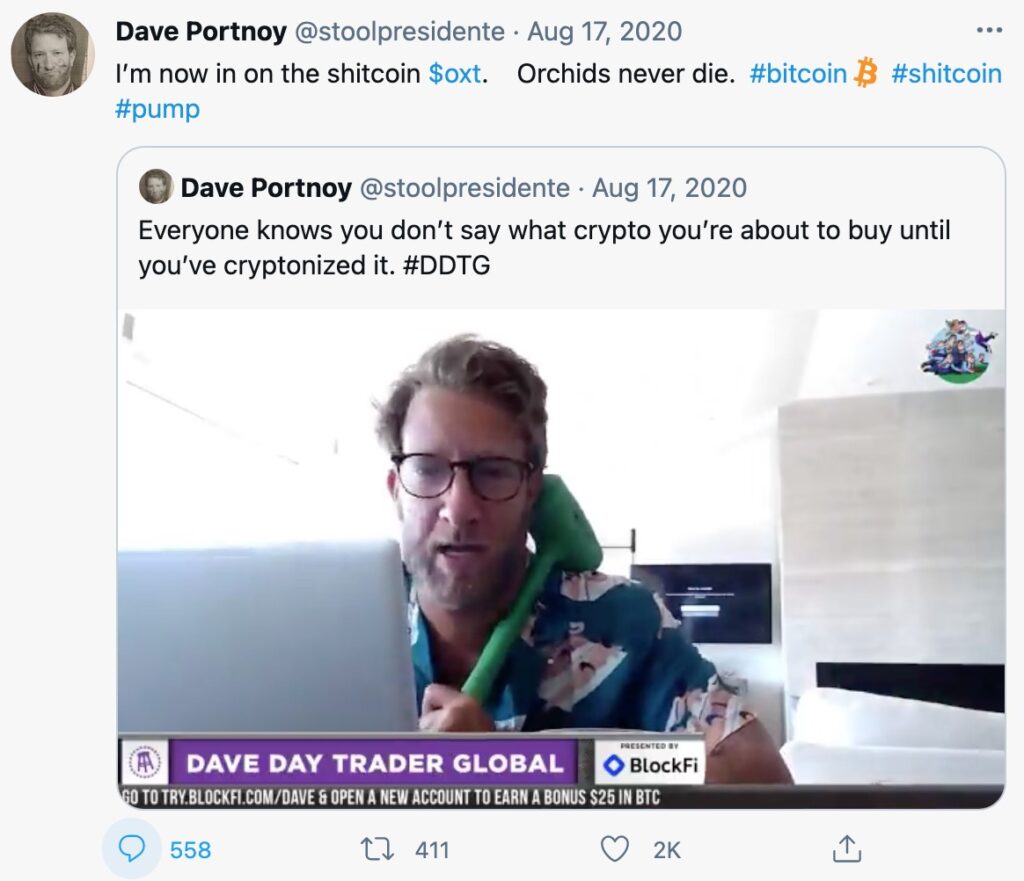 Now, after you have read about the key aspects related to the Orchid project, we invite you to take a closer look at OXT token price predictions.

According to the information from Tradingbeasts.com we will see the following price:

Experts of the coinarbitragebot.com service, based on historical data of the token price, predict that in the next 3 years the maximum price of the Orchid protocol may reach $4.11938, and the lowest price may be $0.35574.

As you can see, all the predictions of the OXT price are very different, but this is not surprising. It is very difficult to predict what price will be in a few years, even for professionals in this area.

Let's take a look at what some crypto enthusiasts predicted in October 2020 about a possible rise in the price of the OXT token. 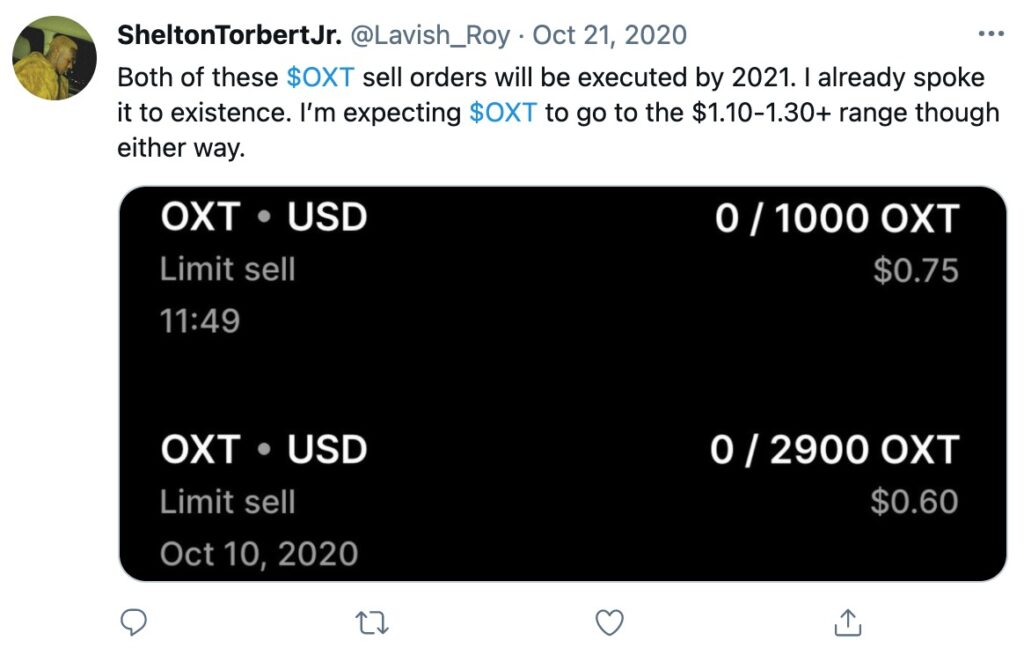 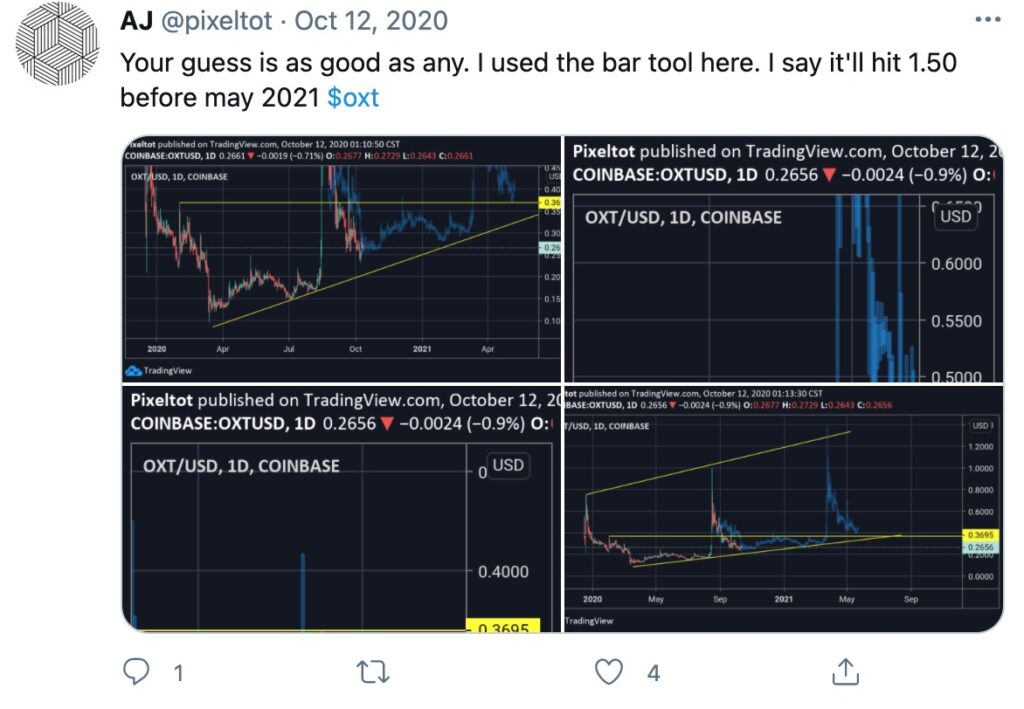 Orchid Labs has created the world's first VPN on blockchain. The project has attracted considerable capital from private investors, and its token is now available to ordinary users. VPN services provided by Orchid are certainly a valuable commodity because online privacy and security are becoming increasingly important in the modern world.

At this stage, the platform is developing very quickly and confidently. Even though Orchid is still only a pioneer in the field of VPN, many people believe in its future success.

Check out the prediction for the LDO cost

Check out the prediction for the LDO cost