Since the very beginning of the history of cryptocurrencies, they have gone through different stages of acceptance by the local governments. The U.S. is also one of the countries that is trying to engage a suddenly emerged phenomenon into the existing system. In the U.S. cryptocurrency went from being treated as an instrument for criminals to being recognized as a part of the banking system. It may not be the perfect solution, but it is definitely a way of compromising and an opportunity to attract more people.

The United States has one of the most developed crypto legislations. Even though there are lots of unsolved problems yet, the government is being very consistent in developing rules. The main rulers have been developed since 2014. The most active period for producing more of them was from 2014 to 2019. Undoubtedly, the main reason for creating a strict regulation is the necessity to stop criminal activities. It is still being discussed that cryptocurrencies, and Bitcoin in particular, were used to fund some of the illegal deals. It may not seem to be a strong point to crypto enthusiasts, but it was the main catalyst for discussing possibilities of regulations.

There are several institutions that are creating different types of regulations for crypto, such as the U..S Securities and Exchange Commission (SEC), the Commodity Futures Trading Commission (CFTC), the Federal Trade Commission and the Department of the Treasury, the Office of the Comptroller of the Currency (OCC), and the Financial Crime Enforcement Network (FinCEN). The next level of regulations is produced by local governments and varies from state to state. So far about 70% of states have introduced some sort of regulations that include cryptocurrencies and/or digital assets.

It is interesting that in spite of all the attempts of regulation on different levels and for different reasons, the American government keeps saying that all types of technologies and innovations are very significant to the country and thus should be adopted in a safe way.

The basic problem with crypto legislation is that the world of crypto is super diverse. Thus the regulations are usually divided into several parts. So the American government does not recognize cryptocurrencies to be a legal tender, however, the Internal Revenue Service considers it to be “a digital representation of value that functions as a medium of exchange, a unit of account, and/or a store of value”. And in accordance with this assumption, there is a tax policy.

The SEC considers cryptocurrency to be securities, and this means that existing laws about securities are being extended to digital wallets and investors.

The CFTC also has a special approach to Bitcoin and Ethereum. They are considered to be commodities and the public trade of virtual and crypto derivatives is allowed.

Crypto exchanges are legal and are regulated by the Bank Secretary Act. This means a number of requirements that must be met. First of all, exchange services must be licensed by FinCEN, they must implement AML/CFT, support the Sanctions program, maintain records, and provide reports. In 2020 FinCEN proposed additional requirements concerning gathered information. Since then exchanges have to collect data about people responsible for managing exchange services, digital assets, and digital wallets.

The U.S.A. has also developed legislation for crypto taxation. However, not all the actions with cryptocurrencies are subjects for taxation. Let’s take a closer look at the cases that require more attention:

In this article you can find more details about crypto taxes in the U.S.A and other countries.

Some of the states became very supportive of crypto. They provide a lot of freedom to anyone involved in the industry and by this decision attract a lot of developers and enthusiasts. Here are the most active crypto states:

Of course, there are more states. And the quantity of places that announce their support is growing. Moreover, people applying to higher positions in the governmental structures often use cryptocurrency to find more support.

Probably, of all the countries in the world the United States has the most painful relationships with cryptocurrency. Throughout the whole world financial history the U.S.A. has remained one of the most influential players, and the US dollar has always been the most demanded currency. With the appearance of ideas about the decentralized financial system, the tension associated with American influence in the world market has grown. We can see examples of countries that openly announce their desire to become independent from the US dollar, such as El Salvador and Honduras. Additionally, more and more experts report that Bitcoin has all the potential to substitute the US dollar in international trade. Probably, this is one of the reasons to speed up the development of the digital dollar. 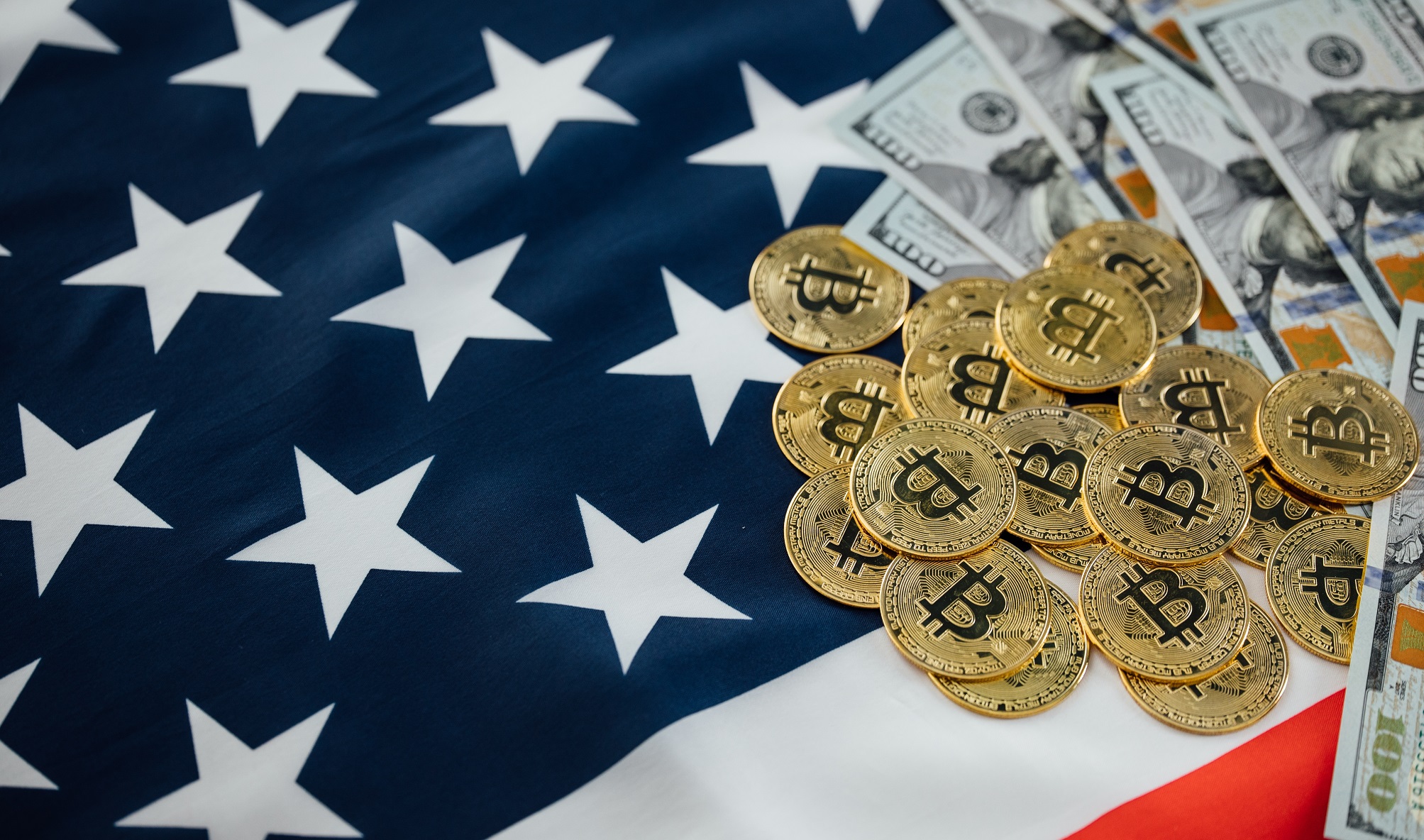 According to Coinbase research, around 58% of Americans say they have heard about Bitcoin, and 37% of interviewees who were asked about cryptocurrency proactively name Bitcoin. Bitcoin searches bit Hollywood stars in Google. As it is said in a research published by the Pew Research Center, 16% of Americans say they have ever invested in, traded or used cryptocurrencies. Even back in 2015 only 1% of questioned adults said that they heard or knew nothing about crypto. These are the signs of increasing popularity of Bitcoin and the whole idea of cryptocurrency in America.

In addition, in the current economic situation that terrifies with growing inflation, people are looking for a way to save their money, to be able to provide for their families despite anything. Undoubtedly, these problems push them into the Crypto World, which seems to be able to help.

Thus we have an opportunity to witness some more crypto regulations issued by the government, for example, the Executive Order on Ensuring Responsible Development of Digital Assets, signed by Joe Biden, the President of the United States, on March 9. This order does not have any specifics about the regulation process, however, it acknowledges that digital assets have a huge impact on the global economy and that the US has to align with this in order to continue its development. The EO also has a list of Cabinets and other officials who will be involved in the digital asset integration process. Undoubtedly, in the EO the attention is also paid to the environmental issues that are linked to the digital assets.

This Executive Order marks that various types of digital assets became a significant part of the American and global economy. It also shows that the US government is ready for consistent work on the integration process. Basically, this gives an official start for building a new type of economic relationship.

Learn more about Solana and noteworthy crypto projects based on it

How they are related: blockchain, cryptocurrency, and gaming industry

Learn more about Solana and noteworthy crypto projects based on it

How they are related: blockchain, cryptocurrency, and gaming industry