Ethereum is the second-largest cryptocurrency in the world after Bitcoin. It appeared back in 2015, when the Canadian-Russian programmer Vitalik Buterin became interested in BTC and decided to create his own cryptocurrency. Ethereum is the first crypto in the world that started to use smart contract technology. Although the volume of Bitcoin trading is ahead of Ethereum, many experts consider Ethereum to be the most promising type of virtual money. Mining of this cryptocurrency started already in 2015 and since that time it has attracted more and more crypto enthusiasts. But due to recent events, many miners are beginning to doubt the worth of ETH mining in 2021.

Let's first briefly understand what ETH mining is and how to mine crypto. Mining is the process of earning cryptocurrencies at the expense of equipment capacities. It takes place on special farms where mining facilities are installed. They consist of thousands of processors and video cards. Here, miners calculate special blocks that give the right to receive a certain number of virtual coins. The miner has the right to choose the coin: if Ethereum is selected, the mining premium is paid in ETH.

It all seems very promising and profitable, but due to the Ethereum updates in 2021, those who mine Ethereum are faced with a problem. At this time, miners protested against the burning mechanism of EIP-1559 brought by the London update. The changes are intended to reduce fees caused by the high load on the blockchain.

Ethereum developers want to change completely the commission calculating system on the network. Some of the fees that miners receive as payment for processing transactions (transaction fees), will be burnt. Because of this, miners’ income can drop by half. The largest mining pool Ethereum Sparkpool (24% hash rate) immediately opposed the EIP-1559 update, while the F2Pool (11% hash rate) supported the upcoming changes.

So, what is going on and what are the reasons for these changes? When Ethereum completes the transition to the Proof-of-Stake method of protection (proof of ownership or staking) it’ll be employed instead of the previously used Proof-of-work method (proof of work or mining), which required video cards and miners.

The Staking or Proof-of-Stake model depends on the number of coins in the user's special account. Opposite to PoW mining, it does not require large computing power. Users receive rewards in proportion to the share of the cryptocurrency that belongs to them.

What are the advantages of this method? Staking is significantly more energy-efficient than PoW mining, this is the best way to reduce energy consumption. The Ethereum Foundation stated on its official blog that after the transition from mining to staking, the energy consumption of all operations carried out on the blockchain will drop 99%. 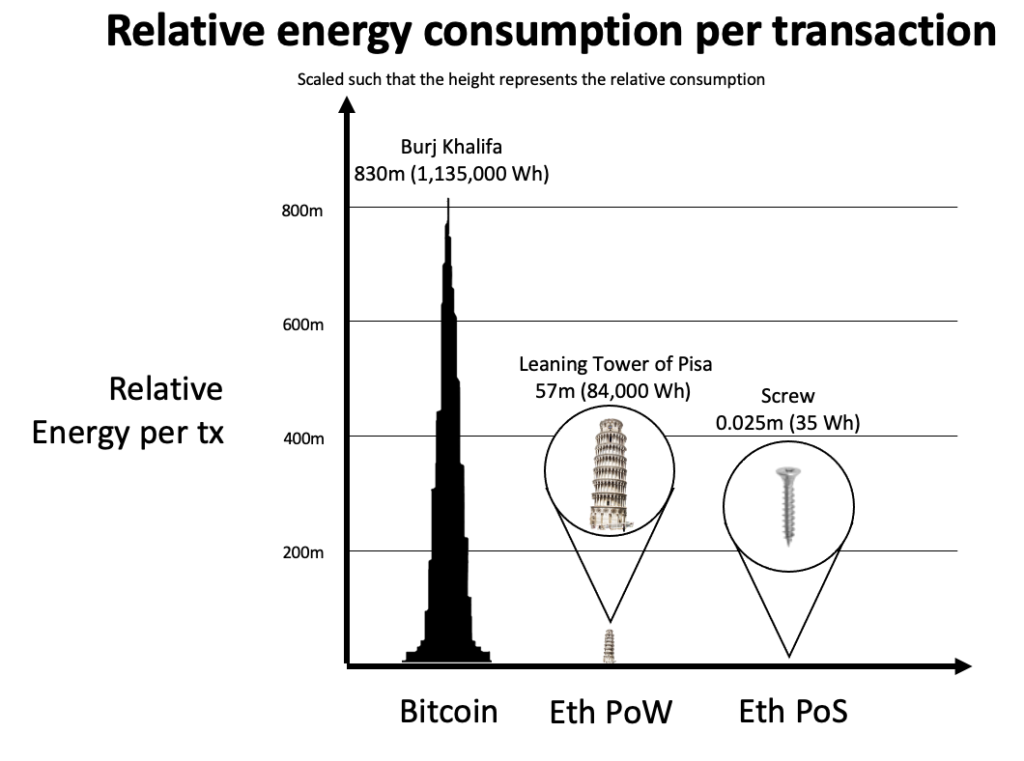 Is it possible to make money from mining in 2021?

Some experts say that cryptocurrency mining in 2021 will no longer bring such dividends as before.

As it’s been mentioned earlier, the Ethereum network is planning a transition to Proof-of-Stake soon. The advantage is that there will be no need to buy and maintain expensive devices, monitor their temperature and condition. But the problem is that these devices may become completely useless for ETH mining at one point. This is especially unpleasant for farms that consist of several hundred devices, which can lose their money. One day it may occur that the devices should be sold and part of the costs recouped, and this is small comfort for the miner. In this sense, the mining of cryptocurrency in 2021 is unlikely to be the same as before.

While the transition is still taking place, there is a chance to jump on the departing train and get profit from Ethereum mining. But everything is not so easy. Video cards with 4GB memory are no longer suitable for ETH mining, all due to the size of their DAG file. The problem can be solved by buying new video cards. But nobody knows whether they will pay off, the risks are too great.

According to the developer of Ethereum, Vitalik Buterin, only 5% of the pools will be able to continue mining cryptocurrency in the traditional way.

What are the best cryptocurrencies to mine?

Cryptocurrency mining in 2021 is not limited to Ethereum. Instead of ETH, you can choose other coins, and then exchange them to ETH on SimpleSwap if you want. When choosing a coin, you should also take into account the volatility of its rate and liquidity in the market. Another important point is the load on video cards. Let's look at some most profitable coins for mining in 2021.

DogecoinDogecoin is popular among miners and it is listed on leading exchanges such as Binance, Huobi or Bittrex.Dogecoin requires significantly less energy to mine than Ethereum and can bring higher profits, but is highly volatile at the same time. Thus, DOGE is easier to mine, since 10,000 coins are created for each block, and one new block appears every 60 seconds. That is, 14 million new coins come into circulation every day. When Dogecoin hit an all-time high of $0.7376 in May 2021, 10,000 coins worth $7376 respectively.

LitecoinOne of the oldest cryptocurrencies, created by Charlie Lee as a fork of the Bitcoin protocol. However, LTC is different as it uses the Scrypt Proof of Work mining algorithm, which allows less powerful GPUs to mine it.

The list of contenders for mining could include coins created for privacy, such as Zcash and Monero, as well as coins formed from Bitcoin hard forks, such as Ravencoin and Bitcoin Gold. 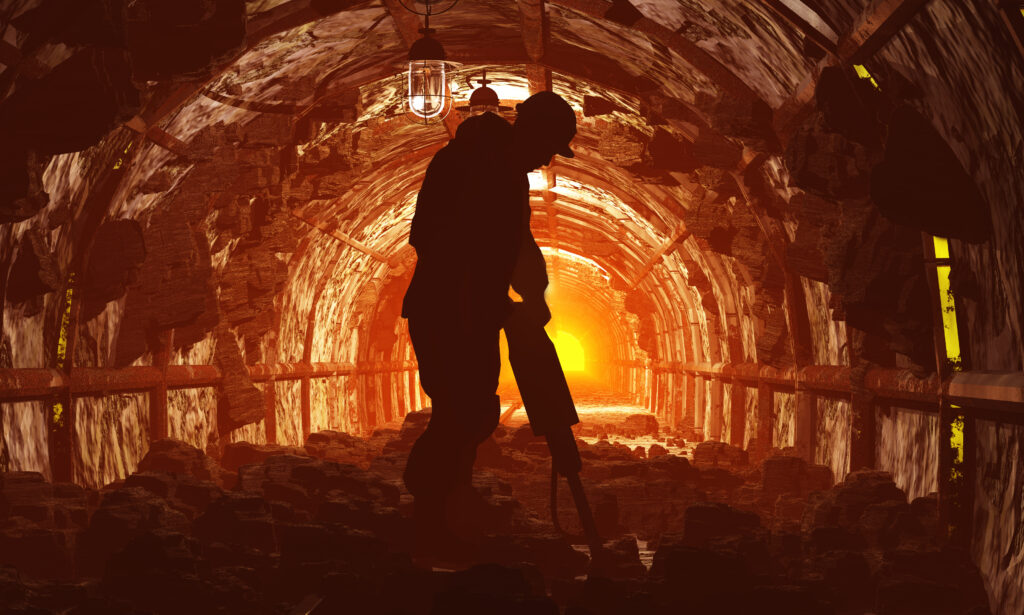 What are the best cryptocurrencies to stake?

At the moment, when the crypto market has reached a high level, there are many platforms that hope to achieve Ethereum success by eliminating its drawbacks.These alternatives include Polkadot, Cardano, Tezos, Solana, Binance Smart Chain, EOS, etc.

Polkadot is one of the most attractive alternatives to the Ethereum cryptocurrency. It solves the scalability problem and has a distinctive feature - flexibility, thanks to that the network does not require a hard fork.

Another alternative to Ethereum is the Cardano cryptocurrency. Moreover, this blockchain is considered one of the first Ethereum competitors. Despite the fact that Cardano has just entered the development stage at which smart contracts are to be launched, its developers have a clear plan of action. This cryptocurrency is originally powered by Proof-of-Stake. Among other Ethereum competitors, ADA also has a larger number of staking pools (2756 according to Cardanoscan).

Another very attractive choice is the Tezos cryptocurrency. It works on the Delegated Proof-of-Stake system. Unlike Cardano, Tezos already supports smart contracts and has become a serious competitor to Ethereum since its launch. The bandwidth of Tezos is more than twice as high as Ethereum.

An equally significant alternative is the Solana coin. Its advantage over Ethereum is its throughput (up to 50,000 transactions per second). This speed is achieved through a combination of PoS and unique Proof-of-History consensus algorithms.

Another option worth considering as an alternative to Ether is Binance Smart Chain (BSC). This network is as close as possible to become the new killer of Ethereum in 2021. This is a blockchain launched in 2020, compatible with Ethereum VMs. Binance Smart Chain is also entirely consistent with Binance Chain, which has been supporting BNB since 2018. Users who chose this Ethereum alternative appreciated the higher transaction speed and lower costs.

Another cryptocurrency that aims to be an Ethereum competitor is EOS. It was launched in 2018 when Ethereum's design flaws became apparent. The advantage of EOS is availability. This means that EOS supports applications written in non-blockchain languages. Due to PoS, it does not suffer from the bottlenecks that Ethereum is dealing with. The throughput is also higher than Ethereum has (approximately 4000 transactions per second).

To sum up, it is hard to give an accurate and definite answer to the question of whether Ethereum mining is still relevant in 2021. The crypto market grows and develops more every year, and this is one of the reasons why the first and second largest cryptocurrencies don't seem as attractive as they used to, but they still keep their positions.

Furthermore, if you want to become a crypto owner, you are welcome to get coins and tokens on SimpleSwap and keep them in the SimpleHold wallet.

Learn how to use cryptocurrency in everyday life

What Is Going On With BNB

The present and future of the BNB price

CBDC and Crypto in Nigeria

Read about the fate of eNaira and BTC in this country

Learn how to use cryptocurrency in everyday life

What Is Going On With BNB

The present and future of the BNB price

CBDC and Crypto in Nigeria

Read about the fate of eNaira and BTC in this country