Mining nowadays and before

Cryptocurrency mining is the process of gaining crypto by solving cryptographic equations through the use of computers. Most cryptocurrencies operate on blockchain technology, i.e. each transaction contains information about all previous transactions in the network since the creation of the cryptocurrency. Therefore, the complexity of processing cryptocurrency transactions is constantly growing.When Bitcoin appeared in 2009, a home computer with a medium-sized processor was enough to process transactions. But after 1.5-2 years with the growing popularity of cryptocurrency and, accordingly, the number of operations carried out, an increase in the complexity of calculations required more powerful equipment and, as a result, calculations began to be performed on video cards. In 2012, one computer for processing operations on the network was no longer enough, so the era of mining farms came (installations connecting many video cards), and the next step was ASIC pools. It's an equipment composed of many components configured to process a specific algorithm (mining a certain cryptocurrency).

Thus, the cost of the equipment required for efficient cryptocurrency mining is constantly growing, and today it can amount to thousands of dollars. Therefore, if in the beginning investments could be recouped in a few weeks, now it will take longer. 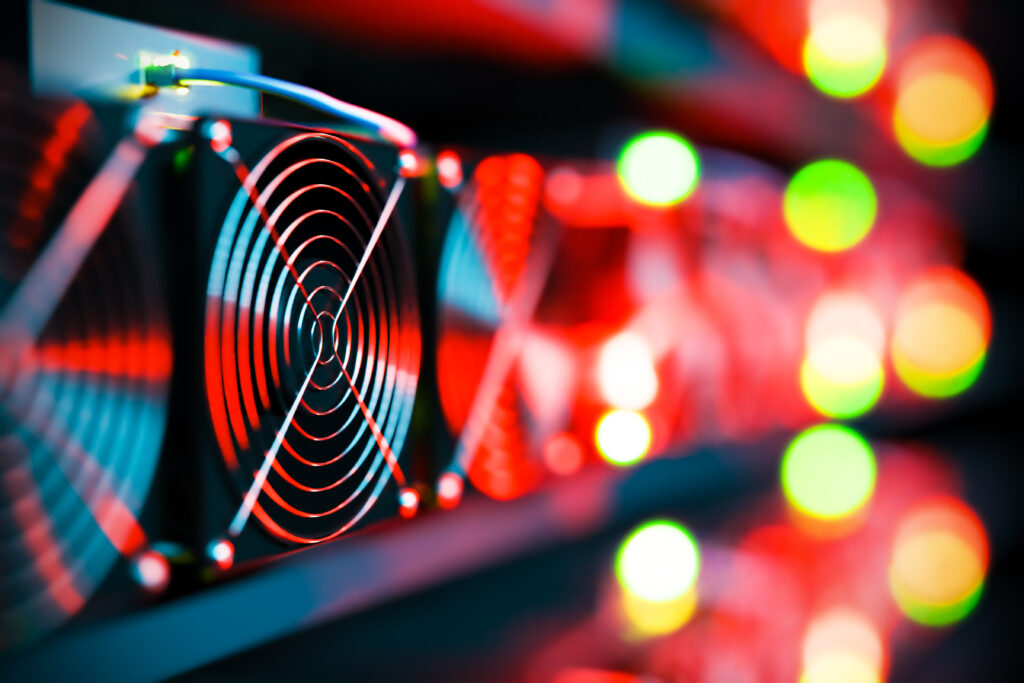 Сryptocurrencies to mine in 2021

Due to the bullish trend in early 2021, mining has again become a fairly popular way of earning money. Doesn’t matter if a person chooses to mine crypto with CPU  or with GPU, before purchasing equipment, they need to decide which coins are the most profitable to mine. Let’s take a look at some popular cryptocurrencies to mine in 2021.

If you are looking for the most well-known cryptocurrency for mining, Ethereum is one of the easiest choices. You can use the most advanced video cards from Nvidia and AMD, designed for powerful games. ETH has plenty of strengths such as the possibility of a direct exchange for the dollar and the support of the project by well-known companies. It is also important to mention the fact that ETH has no limit on max supply. Ethereum mining algorithm - Ethash. For Ethereum mining, 3GB video cards are no longer enough, since such video cards cannot load a DAG file of such a large size. To mine ETH, you need video cards with 4GB memory or more, as well as remember about some changes that Ethereum London Hard Fork has brought to miners in 2021.

The joke coin has its niche in the TOP-10 cryptocurrencies in terms of capitalization and listings of large crypto exchanges. Despite the impressive statistics, the value of the coin is not high. Minimum investment in production may ensure high profitability. DOGE can be mined even on PC. The block reward is 10,000 DOGE, and one new block appears every 60 seconds. Thus, 14 million new coins enter circulation every day. Dogecoin mining algorithm - Scrypt. This algorithm has relatively stable performance, it will require you to have high-performance video cards and join a reliable pool.

This coin has been around for a long time and has shown itself to be quite resistant to market shocks and crashes. It is a fork of Bitcoin, created to solve the scalability problems of the coin. The hashing protocol is Scrуpt, which makes it possible to mine a coin even on fairly old GPUs. Such as, for example, GT 7Z0. Using Scrypt allows Litecoin to interact faster with RAM. This speeds up mining significantly. Each block is processed on average in 2.5 minutes, while with Bitcoin it takes about 10 minutes. The big advantage of this currency is its prevalence - today LTC can be found at all popular exchangers.

This cryptocurrency appeared in 2018. At the moment, it can be called one of the leaders in terms of liquidity for miners. The RVN coin looks profitable for mining, because its current price is not high, and for effective mining, a video card of the GTX 1080 Ti level will be enough, which may bring its owner about $4 per day. Due to this, Ravencoin mining is beneficial for beginners and enthusiasts who are not yet ready to invest significant amounts in cryptocurrency mining. You can even start with older GPUs of previous generations, for example, NVIDIA GeForce 1030 can also show an acceptable result in Ravencoin mining.With all this, the RVN coin keeps the potential for further growth. RVN mining algorithm is called KawPoW. The algorithm is protected from ASIC miners and the prospect of centralization. To do this, the developers alternate the X15 and SHA512 algorithms, in addition, their choice is determined by the hash of the previous block.

The DASH coin meets the main conditions for profitable mining. It gradually increases in price, does not sink to critical levels, and quickly recovers after fluctuations in the market. The market capitalization of this cryptocurrency exceeded $2 billion, which indicates the sustainability of the project. The dash mining algorithm is X11. The X11 hashing algorithm uses 11 stages of hashing with different functions (blake, bmw, groestl, jh, keccak, skein, luffa, cubehash, shavite, simd, echo). To overcome the X11 protection, attackers need to find weaknesses in each of the eleven hashes at a time. Mining X11-based cryptocurrencies require less electrical energy than other algorithms, which is an important fact for miners.

The Monero computed block reward is different from the Bitcoin reward. In contrast to the set fee for the BTC block, which is halved every four years, the reward for generating new XMRs is decreasing gradually. According to MoneroOutreach.org, "The reward rate will decline steadily until the end of May 2022, when there is 18.132 million XMR in circulation, after which the 0.6 XMR block reward will remain indefinitely." The XMR CryptoNight hashing protocol is rather ASIC resistant. Therefore, it can only be mined using GPUs. Moreover, super-powerful devices are not needed for this, devices with an average performance are enough. The development team is changing the hashing algorithm, along with other changes, to make coin mining available even on PC or on a laptop. For those who are mining XMR on their computer the best time to mine is right after one of the network's hard forks. As the date of the fork is known in advance, it is possible to plan the start of mining.

You are welcome to store your crypto in the SimpleHold wallet.

Thank you for your attention! Do not forget that mining in 2021 is a rather complicated and expensive process that cannot guarantee 100% profit. Before investing in equipment, we recommend that you thoroughly study the market and check all pros and cons.

How the Bitcoin price was changing

The BTC price fluctuations guide: from the very beginning to the present times

How the Bitcoin price was changing

The BTC price fluctuations guide: from the very beginning to the present times